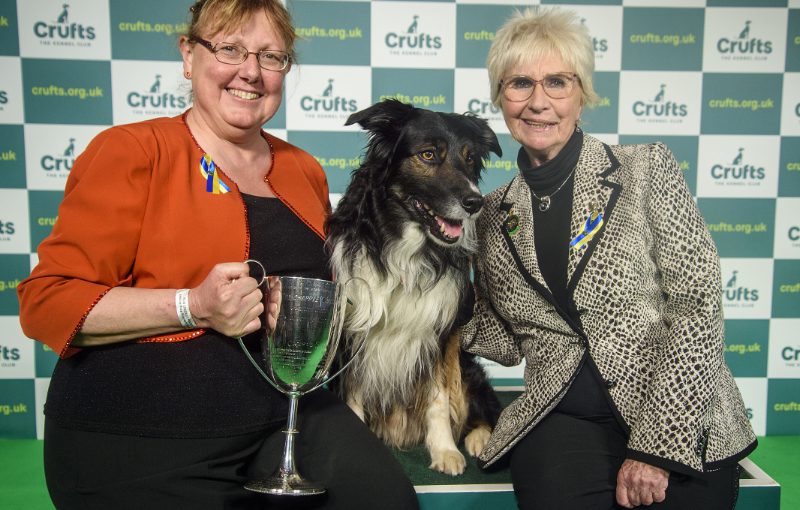 Luca, a working sheepdog, and his owner Carolyn Heath from Wenvoe, Wales, took home one of the top obedience prizes at Crufts on Saturday 12 March after winning the Obedience Championship (dog) final. The judge was Mrs Pat Watson.

Eight-year-old Luca (Jezzady It’s Time To Play), came first in the final held at the world’s greatest dog show, Crufts, after competing against some of Britain’s best dogs for the coveted title.

Proud owner Carolyn said: “Winning is the most fantastic feeling! It is literally like walking on air! I had wanted Luca to perform well, and to just enjoy himself, but he far exceeded that.”

Vanessa McAlpine, Crufts Show Manager said: “We congratulate Luca and Carolyn on their impressive performance and for securing this prestigious Crufts win. Their strong bond and admirable teamwork was evident in the ring which really enabled Luca’s obedience to shine.

“Obedience competitors come from far and wide in the UK to showcase their skills at Crufts, and the standard of dogs and their handlers who enter is always very impressive.”

Crufts took place from 10 – 13 March at the NEC, Birmingham. For more information and results from the show, please visit crufts.org.uk.