Following the announcement that Crufts 2021 will take place next year on the new dates of 15 – 18 July 2021 at the NEC Birmingham, The Kennel Club has now published some further details on some of the competitions and qualifications for next year’s show.

END_OF_DOCUMENT_TOKEN_TO_BE_REPLACED

From the Crufts FB page:

The Kennel Club has announced today that Crufts 2021 will take place next year on the new dates of 15 -18 July at the NEC Birmingham.

Crufts, which will be celebrating its 130th anniversary in 2021, was due to take place on 11 – 14 March 2021, but with much of the UK in a second lockdown and events and exhibitions still not being able to be held it was looking very unlikely that Crufts in March was a foreseeable option.

END_OF_DOCUMENT_TOKEN_TO_BE_REPLACED

In light of recent government announcements, The Kennel Club has been discussing the holding of Crufts 2021 which is set to take place from 11 – 14 March at the NEC Birmingham.

The Kennel Club Board would like to reassure competitors, exhibitors and everyone involved in the dog world that it remains actively committed to holding the show next year.  In particular, the Crufts team have been looking at different options for how Crufts 2021 might look. However, the most important aspect will be the safety of all those who attend and any possible negative impact that holding the event may have.

END_OF_DOCUMENT_TOKEN_TO_BE_REPLACED 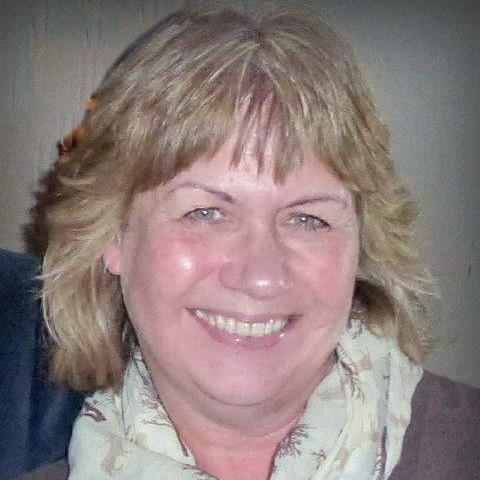 Our search for a new commentator for the Obedience Championships at Crufts is over. We received many excellent applications which made the selection process really interesting.

After much deliberation I am delighted to announce that the new commentator is Clare Williams. I would like to welcome Clare to the Crufts team in Hall 5 and we look forward to working with her at future events.

I would also like to thank all of the other applicants for their interest in the position.
I am sure that you will all join me in wishing Clare good luck in the role.

The Kennel Club and the Crufts Committee are committed to holding Crufts 2021 if permitted to do so by the Government.

We greatly appreciate the support the show receives each year from our exhibitors, sponsors, trade-stand holders, public visitors and Channel 4.

The qualification criteria for the show will be announced once the Government guidance is clear on future events, which may not be until the autumn.

It may be that the show will need to be reformatted in a way to comply with new regulations. If so, more details about this will be announced as information becomes available.

We would ask for patience at what is a difficult time for everyone with limited information currently available as to how things will progress in the coming weeks and months.

Crufts is the world’s best known celebration of dogs and we very much look forward to welcoming you all to the show in happier times in 2021, if circumstances allow.

The Kennel Club is calling for anyone interested in becoming an Obedience Inter-Regional Team Manager to get in touch.

The Inter-regional event has been a popular feature in the Obedience Arena at Crufts for almost 40 years and is a competition between teams from Scotland, Northern Ireland, North, Midlands, Wales, South East and East Anglia, South and South West.

We have a vacancy for a new manager for the Welsh region and are now inviting applications from interested parties who would like to be considered for the position, initially for the period up to and including Crufts 2022 and then renewable on a three yearly cycle.

END_OF_DOCUMENT_TOKEN_TO_BE_REPLACED

The Shetland Sheepdogs team, named the Sheltie Superstars, proved themselves more obedient than the nine other breed teams that made it to the final at Crufts in Birmingham. The other finalists were teams of German Shepherd Dogs, Cocker Spaniels, Manchester Terriers, Jack Russell Terriers, Cairn Terriers, Cavalier King Charles Spaniels, Standard Poodles, Papillons and Bernese Mountain Dogs.

END_OF_DOCUMENT_TOKEN_TO_BE_REPLACED

Success for dogs, handlers and trainers from Staffordshire, Middlesex, Northamptonshire and West Yorkshire

The Kennel Club Good Citizen Dog Scheme is the largest dog training programme in the United Kingdom, with over 680,000 dogs and their owners graduating through the scheme’s Bronze award. The GCDS awards were created in recognition of the hard work, efforts and contribution made by dedicated canine clubs and enthusiasts.

END_OF_DOCUMENT_TOKEN_TO_BE_REPLACED

A couple of the team will also be representing Rally in the Main Arena on Sunday at 9.55.

A couple of the team will also be representing Obedience in the Main Arena on Sunday at 9.55.

Also attached is a document detailing photos and writeups for the YKC Rally competitors (competing on Saturday in the Dog Activities ring, Hall 3, at 4pm) and the judge.